Why is Bitcoin valuable?

Bitcoins prime value proposition is, as an independent store of value. People think of Gold, Real estate, Stocks, Currency and Art as stores of value.

Bitcoin qualities as a store of value need to be compared to the traditional stores of value in order to be fairly judged.

If you do not agree with my score in any category let me know in the comments below, and if you are convincing enough I will update accordingly.

Is Cash or FIAT a good long-term store of value? (FIAT – State-issued money)

Most Central Banks have as an objective to devalue (or inflate) a currency by 2% a year and  FIAT currencies have on average only survived for 100 years. FIAT currencies do not have a limited supply making them scarce, on the contrary, they tend to explode in supply when Governments have their back to the wall. Cash is a currency not a store of value. Cash can generate an interest when deposited in the bank.

“Price stability is defined as a year-on-year increase in the Harmonised Index of Consumer Prices (HICP) for the euro area of below 2%.” Source: ECB

That means around 20% reduction in the purchasing power of the Euro over 10 years.

Side note: There are several cryptocurrencies competing for the title of Crypto Currency rather than Crypto store of value (Crypto gold?). These would include any cryptocurrency with very low fees, wide acceptability and a stable store of value; as this time Dash is the one ticking most of the boxes in this space.

A store of value motivates people to create more value in one day than it is ever possible for them to consume all that value on the same day. A store of value captures value on one day and is able to move it through time without losing any of its value.

People need to store value because they need to both work and play. They need to have a guarantee that their creativity and intellectual prowess will be rewarded and those rewards can be consumed at their discretion.

When there is no stable store of value, the motivation to work hard today, with the promise of enjoying the fruits of one’s hard labour, later on, becomes a weak promise.

If there is no medium which can store of value through time, the great minds roaming this earth will have little incentives to give us solutions to solve the painful parts of our individual lives and those of society at large.

Satoshi Nakamoto has started this movement and it has now snowballed into incorporating the best programming minds on the planet coding a masterpiece which allows people to exchange value as easily as sending an email.

Bitcoin is the internet of money. The internet has value because it creates borderless and instant connections between people. The sum of the parts is greater than the whole. Bitcoin allows individuals to transact in a permissionless environment.

Money is the denominator by which the value of different things can be compared against each other easily. Bitcoin is an international unit of account, which allows people from different geographies, religions talk about the same units of account.

Bitcoin is constantly being innovated. For example; Root Stock http://www.rsk.co/ will allow bitcoin to increase the programmability of Bitcoins, or to create smart contracts. Tools are moving Bitcoins around even if the internet is down https://github.com/MuleTools/MuleTools.
The Lighting Network will enable cross chain payments and cross chain swaps, meaning Bitcoin can be moved to Litecoins and vice versa without the risk of the owners of losing their funds.

The ecosystem of Bitcoin is growing:

The totality of these actions is a growth in a new entry and exit point into Bitcoin, this adds value because they facilitate and enable permissionless value transfer.

Most Altcoins will also someday perish because there is no room to have 20 global cryptocurrencies. Bitcoin will incorporate the best features from all of them and move on. Bitcoin’s weak link here is the lack of a treasury and coordinated governance, something which Dash is doing well.

When the ICO and Altcoin bubble will pop investors will flock back to Bitcoin. There will be a consolidation around Bitcoin being a store of wealth. Overall Bitcoin will remain the crypto asset with the best risk-reward ratio compared with other altcoins because of its properties as a store of value.

Decentralisation will make certain industries more efficient. BlockChain tech enables the proliferation of decentralisation because it enables the interaction between strangers. This spread will rub off on the value of Bitcoin through education, trust in the tech and further adoption of Bitcoin itself. An investment is Bitcoin, will give exposure to the decentralised and blockchain economy.

Bitcoin increases its value when there are more buyers than sellers. Bitcoin sellers do not want to sell because; first they believe the future value of Bitcoin will go higher, and secondly, when Bitcoin goes higher they will adjust their goal posts higher.

When Bitcoin keeps rising sellers will be more interested in it as a store of value and will increase their perceived value. Bitcoin buyers will be willing to pay more as the increase in price justify the reason why they are buying it.

If bitcoin hits $10,000, then one Bit will be equal to one penny. Such a denomination will make it easier to value things in Bitcoin and vice versa. Psychologically, for a buyer, it feels better to have 1000 bits for $1000 dollars than to have 1 Bitcoin for $10,0000.

Bitcoin forks occur when a group decides to take Bitcoin and all the account holders on a different path. What happens is that a copy of the blockchain is taken and then this copy uses a different set of rules to operate. The Balance in the original blockchain is copied into the new blockchain. Those who had 1 Bitcoin, had 1 Bitcoin Cash the moment the fork occurred. There are several other forks coming Bitcoin Gold, Bitcoin Segwit2x and also Bitcoin PoS.

Bitcoin is more scarce than just 21,00,000 coins. There are many Bitcoin accounts which are not accessible because the private keys have been lost; by being misplaced or lost. For example, Satoshi’s 1,000 Bitcoins have never been moved. Is he dead or has he lost control of the private keys?

Bitcoin offers a different money paradigm to the one we are used to. Alternatives are very important as they make us stop and question if the way things are done today can be done better.

Bitcoin is like a bright torch illuminating the shadowed corners of the mechanics of society.

Fractional reserve banking in one minute:

How banks could change:

This is what a blockchain meetup looks like, a mix and mingle with all of the above. One thing they all have in common is that whatever angle they come to Bitcoin from, they are not there for a free lunch. They have a creator mindset in their DNA, they feel strongly responsible for the actions they take and the risks that come with it.

The ultimate denominator is that they have Bitcoin as the baseline to determine resource allocation to the most trustworthy actor in the ecosystem.

Resource allocation is everything both on a personal level for a local society and globally. How you spend your time and money determines who you are and what will you be in the future. How society structures its financial system determines the incentives of the individual units of the population. If there is an incentive to create value and then retain it. Then value here will be., if there is a system of unequal redistribution of wealth i.e. value creators are taxed beyond what they think is reasonable then – there will be a brain drain, incentives to hide wealth and an apathy in value creation for society.

When such a driven group of people have a common denominator as a store of wealth they believe and trust in, magic starts to happen. This is where the invisible hand is not chained down by any central entity. The invisible hand holds the fairy stick to those who deliver and Thor’s hammer to those who do not. There is no safe middle road, except for that of collective punishment.

One key differentiator in the table above between Bitcoin and the other stores of value is its decentralised nature.

Decentralisation is essential because an entity which has absolute power on a store of value will use it to further its own agenda rather than to benefit the holders of that store of value.

We are at a time, where two tsunamis are converging upon us.

For example, A central entity can institute negative interests on cash deposits – which is the case in some parts of the world.  How can a store of value remain a store of value, when the value is syphoned away by a third party just because it decides to do so.

We have an unsustainable growth model because in order for our economies to function there is a need for constant growth. Yearly constant growth which morphs into exponential growth in a few years is impossible to sustain in a finite world. The only remedy economics offers to this diseases is inflation.

We might be able to steer the Titanic away from the iceberg if we act now, but it might be too late if we keep thinking in 5-year cycles. If we continue to ignore the important alarm bells from scientists and researchers, there will come a time when drastic measures to mitigate these situations will haemorrhage many traditional stores of value. Will decentralisation feature be the ultimate armour that protects it from these coming tsunamis?

BitCoin – is a store of value more than it is a currency.

Great minds have been on the Bitcoin bandwagon for several years, in 2017 they are being joined by smart money and hedge funds. This is happening while the average people are experimenting with the technology and acquiring Bits and Bitcoins.

Bitcoin is still a toddler, but it is growing fast. I look forward to the time when it is a young stud able to hold its own against the forces that believe that value created by an individual can be looked upon as part of the collective wealth rather than belonging to its rightful owner. 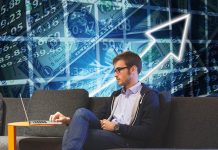 Difference Between ETFs And Mutual Funds

10 Negotiation Techniques For Closing Business Deals For Your Startup