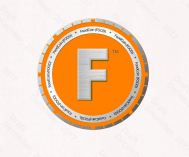 Interview with Gregory Arzumanian founder and CEO of FOODCOIN Project

What challenge is FoodCoin addressing?

This food is distributed around the world through supermarket chains, making the farmer food unaffordable. The customers vote with their wallets, and generally prefer cheap products. It doesn’t even matter how many antibiotics, pesticides and herbicides were used to grow these products. This leads small-scale local producers to ruin, local economics to decay, and large-scale enterprises to dominate.

However, the situation is gradually changing.

This problem has global scale, and the situation is dramatic. Most diseases in modern times
were unknown by our grandparents. Allergy among children and adults doesn’t make
anyone to concern.

It is considered a norm now. And to think that most diseases can be treated easily. Understanding what we eat is enough for that. We don’t mind drinking milk which can be stored for 6 months, eating apples which look best for 3-4 months, and take a
croissant for breakfast which can lay 2 weeks without staling.

It’s time to ask yourselves, how can it be? It is impossible in the nature. So, what do we eat every day? People don’t think on the quality of their food. As Hippocrates said, “You Are What You Eat”, and this principle still works today.

How does FoodCoin turn this challenge into an opportunity?

We understand the scale and depth of the problem. It is evident that it is impossible to
change the situation in one moment. We can provide an ecosystem with a set of tools which
will let anyone concerned on this situation use our mechanisms and create alternative
supply chains excluding numerous intermediaries.

Can you showcase some team members/advisors which have a strong background? What is their connection with this particular project?

1000Ecofarms is a global marketplace of farmer and local food. We launched it in 2015, and we have more than 700 farmers around the world already. We clearly know the problems of the farmers, and what they need to work and develop their farms. One more member in our advisory board is Liz Reitzig. She creates and manages buying clubs for 15 years, and she is an expert in questions of local food. She has more than 300 people in her buying club.

What are the benefits of the token holders?

I would like to tell that on inviting people to participate in our TGE, we warn that our project and our token is not for speculators. We don’t look for people who want to join our project, raise some money on the hype and then leave it behind.

FoodCoin will let its holders send and accept payments on different sites, mainly in 1000Ecofarms, which is our early adopter. Then, when our blockchain will be created and FOOD will become a full- fledged altcoin, the farmers, the owners of shops, markets and cafes, will be able to create their tokens very easily to stimulate their customers and agents.

Total amount of tokens will be limited, and the token owners who bought it on early stages, will have advantage over those who buy the tokens on the exchanges.

What are the risks of investing in this ICO?

We call our December event the TGE. But whatever it’s called, looking for projects and
participating in them is always risky. People who invest into classic investment instruments
are most likely to understand that any investing of capital bears the risk of losing it.

In the world of cryptocurrencies, where high volatility and ambiguous projects are present, you must be two or even three times more aware. You should never contribute more than you can afford to lose. This is a Golden Rule.

What is the hard market cap in USD?

We do not accept contributions in USD or any other fiat currency. Our TGE will be open
for participation only with BTC, ETH and LTC. Thus, we have established a hard cap in
ETH as main currency for the TGE. It equals 125,000 ETH.

What % of the funds are reserved for the founders and advisors?

20% of all tokens will be reserved for all these aims.

Does FoodCoin have strategic partnerships?

We build a big project, and we understand that it won’t be possible without strategic
partnerships. Our first and the main partner will be the global marketplace of
1000Ecofarms, which is a separate American company.

The second partnership we recently announced, and which we consider as potentially crucial, is the partnership with Bitland.

This project is aimed to provide services to allow individuals and organizations to survey
land and record deeds onto the Bitshares Blockchain. These actions help to reduce
corruption in land titles and use.

At what stage is the development of the product/service?

How many users are actively using this product/service?

We already have 1500 token holders. We hope that we will get more after the TGE in
December.

What is the structure of the ICO?

The dates are from 12th to 26th of December.

We have a referral program.

According the strict rules around the TGE is Switzerland, all participants must sign an
agreement with Terms and Conditions and pass the KYC procedure.
There are additional limitations for the citizens of US and China.

What is the price of the tokens during pre-ico and ico?

The highest bonuses can be obtained during the TGE – from 12th to 15th of December.
These bonuses depend on the date of the registration:

In Lucerne, Switzerland. Basically, we are an IT project, and our team is located worldwide, from Russia to USA, and it will certainly grow. We have an open platform, and our ecosystem can be used worldwide. We don’t see any constraints. The question is only in how much people are ready to give up the obsolete and stereotypical supply chains, whose inefficiency is evident for everyone except the intermediaries that use this inefficiency to gain billions.

In your opinion why is it important that people reconnect with the source fo their food?

Food is the base of our lives. Food is Health, Food is Live. The access to healthy life must
be returned to the people. Or at least to be given a chance.

Our community already comprises thousands of members around the world. We didn’t
even expect that we will get such support. If our ideas are close to your hearts, you have a
farm, a small store or a coffee shop, and you are tired of the intermediaries, if you care
about your and your children’s health, join us. Use our instruments, share your ideas with
us. Together we can do much more.

Where can more information be found on FoodCoin?

We thank Gregory Arzumanian for the interview.

Flippa – How To Invest In Websites.

Reasons Your Startup Should Switch To Cloud Storage Immediately

Your Relationship With Money