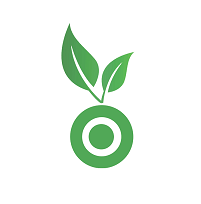 Can you present yourself and your role in coin seed?

I am the co-founder and CFO of Coinseed.

Coinseed is a platform where you can invest in cryptocurrencies with as low as $5.

Can you describe CoinSeed in numbers?

Just within the first month of official launch, we signed up 5,000 users and it is growing fast.

Who is the typical user of CoinSeed?

A typical user is not too familiar with cryptocurrencies so that they want to learn by investing small amounts of money at first.

What are the most popular cryptos on CoinSeed?

The most popular ones are Bitcoin, Ethereum and Ripple.

How does the CoinSeed wallet work? or What are some of the security features that Coinseed uses?

Coinseed does not have a wallet. Users are only able to buy and sell their cryptocurrencies.

In which countries is CoinSeed available?

As of now, Coinseed is only available in the US but we are working on our global release to start in February 2018.

What is the utility of the CoinSeed token?

What are the advantages of holding CoinSeed tokens?

What are the next milestones for CoinSeed in 2018?

The next milestone is the global release in February 2018.

In brief, what are the facts that make the CoinSeed team able to carry out the roadmap in full?

Our founder has been involved with Bitcoin and other blockchain technologies for years and built 2 startups before. I personally worked on Wall Street and consulted large financial companies. So I have the financial background to grow Coinseed.

How do you see the relationship between the cryptosphere and the regulators develop in the future?

It is very hard to predict but clear and well-thought regulations would definitely help the blockchain technology to be adopted by the mass.

Would you like to add further information about CoinSeed?

Coinseed’s first two weeks of growth was faster than Coinbase’s first month of growth. Of course, when Coinbase started, the time was different. However, Coinseed has tremendous growth and we just need to be able to handle this growth fast.

Coping When Markets Are Spiraling Out Of Control

Why Your Startup Needs A Digital Catalog

Why Loan Application For Your Startup Was Denied