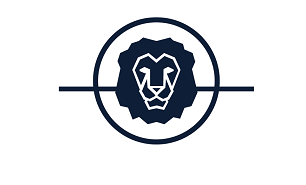 Interview with Mark Jeffrey CEO and Co-Founder of Guardian Circle

What does Guardian Circle do?

Guardian Circle is an emergency alert network. Right now, it’s available worldwide on iOS,  Android and Amazon Alexa. It lets friends, family and neighbours protect each other. Connect as Guardians in the system; when you’re in trouble, hit the Alert button. This pages all your Guardians into a shared map and text messaging room. In under 30 seconds, everyone knows where everyone else is and can communicate: whether they knew each other beforehand or not.

In the near future, we will add a layer of paid citizen responders as well as professional response and concierge ‘alert operators’ who are skilled at sending him from a distance.

All of this is a full re-imagining of 9-1-1 — mobile native, location-aware, multiple responders, simultaneous alerts to (and communication between) family and friends as well as official responders.

What motivated yo to create this application?

I was speaking with one of the creators of Uber about how they should attack other ‘intelligence grid’ problems where all the participants were in continuous motion. When asked for an example, I could not come up with one.

Several week later, my girlfriend had a serious health emergency (she’s fine! 🙂 ) and I suddenly realized that emergency situations were an intelligence grid problem. You want to flash-organize all nearby available help. You want a flash-mob of help.

As I studied emergency services worldwide I saw two things: First, four billion people have NO emergency services at all. Second, for the three billion of us that do, 9-1-1 absolutely sucks. It was invented in 1969 and has not advanced since. Did you know that if you call 9-1-1 from a mobile device, they have NO IDEA where you are? Uber can find you more easily than 9-1-1! This is because they never updated the systems into the modern day — John Oliver did a whole bit on this about a year ago. I am now a friend of a gentleman who ran 9-1-1 in the state of Kentucky for ten years. In his words: “9-1-1 is too big to fix.” Too many entrenched interests, people, budgets, etc. ensure it won’t be upgraded. Ever. It’s up to us to create a parallel modern system from the ground up — and that’s what we’re doing.

What is the role of the Guardian HQ in this service?

We are the stewards of the Guardium blockchain and token — which powers the new global emergency grid — and for maintaining the reference implementation Guardian Circle. We are also the stewards of the open API’s that we have created for both pieces of software that allow other devices and services to plug into our alert grid.

Will this application offer worldwide coverage?

Yes, that is the idea. We won’t be able to tackle the entire world with everything at once, of course. However, Guardian Circle the app IS indeed available right now worldwide.

What will be the incentive for the participants to collaborate?

How will those who come for help be rewarded will they know beforehand the reward?

Think of it more like insurance. You have a large number of subscribers who are paying a small amount of Guardium per month into the enhanced protection service ‘reserve pile’. There is a smaller number of responders on duty who pull from this reserve pile whenever they go on duty. So they will all know what the prices for their services are beforehand, and we will work the economics in an actuarial fashion to makes sure it all makes the same kind of economic sense that insurance does.

Who can offer their services on the application?

We will have a full market of offerings from various responders. Concierge Alert Operators are the most basic and simplest — you’ve seen the “I’ve fallen and I can’t get up!” ads. This is a $2B market just by itself. If all these people do is pinpoint your location when you hit the Alert button and then call they proper local responders — fire, rescue, ambulance — that in itself is a giant improvement over 9-1-1. So we will definitely start there first.

But then think EMT’s, trained security personnel, people with equipment (paddles, perhaps — or a boat in the case of the Cajun Navy that arose during the Houston hurricanes) — that sort of thing.

We are also working with a very large international organization that will give us an enormous footprint in India in 2018. We will be working with them to provide responders on the ground there.

There’s a lot we know — and a lot we need to learn. Fortunately, we have some great, very strong partners already that will give us a leg up.

Is there a risk that participants will become a target?

We will be very vigilant about weeding out bad actors. Uber and Lyft have the same problem with bad drivers. We will do KYC and other checks on our responders, and have reviews and starred ratings, etc.

What are the economics of the coin?

There are 100M total Guardium coins, pre-mined. We are selling 30% of them for $10M in our token sale (private and public). So we’re saying the full 100M coins start out being worth $33M.

The bet is that we take that ecosystem from $33M to something much larger — possibly $33B. That’s not an unreasonable number: the LifeAlert ‘concierge 9-1-1 operator’ market is $2B, and that is US-only and seniors only.

So if just that small sliver alone is $2B, the global emergency services market has to be a lot more than $33B .

What are the details of the ICO?

We are in presale right now. The site is tokensale.guardiancircle.com. We will open the public token sale on Jan 22, 2018.

What is the best advice you gave or received about personal security?

When seconds count, the police are only minutes away. When you’re in trouble, odds are that your network is closest and can help you fastest. Build your personal security network today — don’t wait until it’s too late. Guardian Circle can help you pre-connect to all the people you will need in an emergency.

We thank Mark Jeffrey for the interview.

5 Reasons Getting Fired Is Not Such A Bad Thing

Dadi: A Better Alterntive To Amazon AWS Powered By The Blockchain.