Can you introduce yourself and your role in Peerity?

My name is Jan Schets, a self-made entrepreneur and crypto-apostle. After being involved in the crypto scene about 4 years, we felt the time was right to start a new blockchain-based social media platform that focuses on communities instead of individuals.

What challenge is Peerity addressing?

get their hands on tokens without having to go through all the technical hoops of buying them. Peerity users will get tokens straight to their profiles by using our platform. For the first time, people will get actual rewards from using social media.

Research has shown that a huge chunk of social media users feel like it is an invasion of their privacy and a waste of their time. We want to change that feeling into a positive one that fosters meaningful human connection and not reward narcissism.

How does Peerityturn this challenge into an opportunity?

By doing the exact opposite of traditional social media. We will not sell your private data to the highest bidder. You and you alone decide what is done with your data.

Can you showcase some team members/advisors which have a strong background? What is their connection with this particular project?

All of the co-founders are professionals in their area of expertise. We have experience in running data centers, managing large-scale development, and have intricate knowledge of international finance. Combined with years of activity in the crypto-scene, we are ideally situated to make this project a reality.

If you had to compare Peerity to an existing system, which one would come closest?

The concept is comparable to Steemit, but we do have huge fundamental differences when it comes to scope and reward.

How is “Social activity” defined on the Peerity network?

Any kind of activity that helps the community in any way. For example, you might be part of the hip-hop in Seattle group. Anything you do on the platform that helps individual users or the community as a whole count as social activity.

What kind of activity is the Peerity network supporting and incentivising?

Where will Peerity start to operate initially?

Peerity is not bound to any regions. We will launch globally.

What are the requirements and incentives to run a Peer Servers?

At the moment, Peer Servers can run on a very simple VPS. These requirements are subject to change as we get closer to launch.

Peer Servers will get 30% of all daily created tokens as the incentive.

Is there a system similar to staking or masternodes in Peerity?

Peerity is a DPOS system. Our Peer Servers are the ones validating the transactions and are responsible for building the chain.

What is a System community, How are they Created?

System communities are the overarching groups where users can create their communities in. These are pre-defined. They will be big concepts such as music, art, people, etc…

Does Peerity have a viable product at this time?

Yes, we are running a closed alpha in-house at the moment.

What is the status or this product? (Alpha Beta or production)
Alpha

Was there a pre-ico?

Yes, it is currently running and will close on November 30.

How many tokens will be issued?

Is there a cap on the ICO?

We thank Jan Schets for the interview. 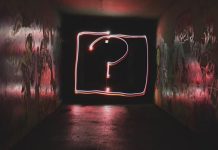 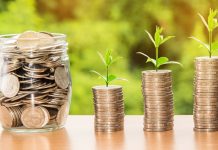