VuePay’s mission is to liberalise the advert ecosystem by introducing transparency in the targeting of users of the platform by advertisers, putting power in the hands of the hands of the users and ultimately to reward the users themselves when ads are viewed.

Currently, users of social media and the internet in general are targeted by the big players in several ways with little control over what they see. It costs an average user time, and money in some instances, to block the ads that are appear on browsers and apps on mobile devices. VuePay’s vision is to the turn this around – put power in the hands of the users who have to consciously opt into adverts rather than what obtains today. And they get paid for doing so.

How does VuePayturn this challenge into an opportunity?

Every actor in the VuePay ecosystem stand to benefit. Advertisers who don’t necessarily 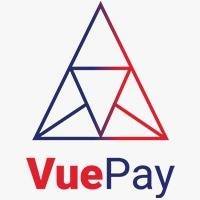 spend more money to get onto the platform but can now directly target prospective customers of products and services. Consumers who sign up are provided seed tokens; can configure preferences their streamline ads that get delivered to them via notifications and then get rewarded to view the ads. It’s a win-win for all.

Can you showcase some team members/advisors which have a strong background?

Does VuePayhave any strategic partnerships?

As a startup, we are currently speaking to several potential partners various areas. Talks are still in early stages. As we onboard these partners, details will be updated on our website.

Does VuePayhave a viable product at this time?

What are the key dates for VuePay?

What is the status or this product?

We are still in the conceptual phase at the moment. We have undertaken a thorough concept validation with experts in the industry. A prototype will delivered in short order, beginning at the completion of our crowdsale phase.

BAT is our competitor. We deliver smart predicted Ads directly as a notification to the consumers weeding out the need for publishers, full audit traceability and analytics is provided to the advertisers about Ad consumption, consumer is also rewarded directly as a portion of ad revenue share. The essence of VuePay is to deliver digital content with a magical user experience on mobile devices and through a browser.

What is the structure of the ICO? (Bonuses, Dates, Market Cap)

What are the pros and cons for the token holders?

There are not obvious disbenefits for token holders. The VuePay contract include clauses toRohit: Vuepay Cofounder ensure investors are duly refunded under certain conditions such as not meeting our cap. The product vision, as earlier explained has been validated and has a huge a potential in the market – hence token holders can expect an uplift in their investments once the VUP lists on exchanges. Our fundamentals are strong to back up these points.

2000 VUP = 1 ETH. Details of the bonus offered during ICO and pre-sale as explained previously

How many tokens will be issued?

Could you kindly include the ICO funds use ?

Total token amount will be 1 Billion. The supply of VuePay (VUP) token can never increase this cutoff limit. The initial limit is set high to maintain the required liquidity in the exchanges for trading.
● 40 percent of these tokens will be available for sale during the ICO process. Any unsold tokens will be held, as company asset for any future fund raising requirements and the community will decide if ever they need to be released.
● 10 percent will be available for User Development Fund. This fund will be incorporated for building and acquiring the VuePay user base. Each user who downloads VuePay will be given 10 VUP tokens.
● 5 percent will be held in the company account to be effectively allocated to developers, managers, and business builders. These will be for the permanent employees of VuePay.
● 5 percent will be reserved for the Advisory team members.
● 5 percent for the Core Team.
● Cofounders will hold 35 percent of the tokens.

We thank Harshit Satija for the interview.

23 Risks Of Investing In CryptoCurrencies And Tokens

3 Ways To Change Your Career By Going Back To School Today – And...

A Growing Economy Under The Radar: Cosplay Is Ready To Be On Blockchain