Important update on the Publica pre-sale. 24th of October 2017

According to latest information from Publica the date of presale is extended and will last to 31.10.2017. Crowdsale will start on 01.11.2017and will last through 01.12.2017. The decision to change crowdsale dates was made in light of the announcements of two upcoming Bitcoin forks.

What problem is Publica addressing?

Amazon and many other publishers offer self-publishing and traditional books but that doesn’t get the job done yet. Publishing is an economy unto itself and the participants–illustrators, editors, printers, publicists etc.–want to take advantage of the network effects that they learned from Facebook in their private lives and other professionals enjoy on LinkedIn. But neither of those can support global ecommerce, crowdfunding, derivative rights like movies and games and so on. The publishing ecosystem needs trustworthy and frictionless global ecommerce to make its own network effects happen and that’s why we’re launching Publica.

And publishing isn’t an overnight event. Books live on indefinitely in updated editions. Some can take years to research, peer-review and finish. With every passing year, contracts written in fiat currencies tend to favor the publishers, not the authors and all the others who work on books, and not the people who exploit their derivative rights in perpetuity. Publica’s stable internal money, PBL, makes smart contracts fair, long-lasting, and safe from bad actors who may appear on the scene many years later.

What is the scale of the problem?

The publishing economy is $114 billion dollars a year and growing. Traditional publishers are rapidly losing authors to self-publishing. Those authors–and their readers–are losing out on book quality because traditional publishers took care of that in-house. The publishing ecosystem is still there, it just needs a platform where it can do its work without the intermediaries it used to rely on to manage the commercial trust requirements.

How does Publica plan to solve this problem?

Publica is a disruptive service that creates a whole new ecosystem that mixes elements from different media and creates a new infrastructure for all types of media. Publica allows everyone to publish globally, whether they make learning materials, novels, movies or other media expressions. This is truly a disruptive technology that will change how traditional publishers work in the future.

Publica will be a platform for authors, readers, books of all kinds and the people who make them. And for smart contracts to carry all kinds of transactions and exchanges for the publishing economy.

Blockchains create opportunities for orchestrating multi-sided markets where publishers’ tasks are partly automated and partly taken over by the gig economy.

Can you showcase some team members/advisors which have a strong background?

Arne Krokan is the advisor of Publica. Arne is a Professor of Technology, Communication,
Organization and Management at the Department of Sociology and Political Science at NTNU Norway. Sought-after keynote speaker, government advisor, and author of several books on social economics and digital marketing.

Josef Marc leads the Publica team. His experience leading teams in the launch of DirecTV, 500 channels of fully-automated digital satellite television, and the launch of Verizon FIOS TV, national cable television on a telephone system backbone, prepared him for Publica because we too are launching something that hasn’t been done before. Also part technology, part operations, marshalling hundreds of people in multimillion-dollar budgets, in the public eye.

He’s helped startup companies to reach healthy success before. He co-founded Archimedia Technology, acquired by GrayMeta. At Front Porch Digital, acquired by Oracle, he designed systems and operations that preserved and made digitally accessible the ten-year videotaped history of the United Nations Criminal Tribunal for Rwanda. At SAMMA Systems he worked closely with the United States Library of CongressNAVCC technical and operations teams. His first technology job was in a startup that was acquired by Sony to form its broadcast systems integration company in what the media calls an aquihire today.

At Sony he managed teams building two Olympics broadcast centers for CBS, several
Jumbotron control rooms including New York Times Square, and innovative entertainment and interactive television systems for Celebrity Cruises “cyberships.” We can take systems like those for granted today but somebody had to do them the first time.

Josef’s first career was in music and that’s when he first learned how publishing and
self-publishing work. He and a partner wrote, recorded, printed, sold and shipped their own music on vinyl records until the manager of The Police, a superstar group, signed them to a publishing deal for his company. He’s a constant reader, always interested in the economics of publishing. He studied in the pre-law curriculum at the University of San Diego.

Does Publica have any strategic partnerships?

Blockvis for ICO auditing. Otherwise no, but we’ll see about that after the ICO when we’re
funding projects.

Does Publica have a viable product at this time?

Publica’s developers, Scandiweb, have long experience in blockchain development for other customers. Smart contracts already. Publica has the option to buy a field-tested set of ereader apps with a back office for immediate deployment. Scandiweb will, in parallel, develop replacement apps to deal with the future of derivative rights for movies, games etc.

What is the status of this product?

Not applicable, but Publica’s roadmap is in the white paper. In short, an end-to-end public
demonstration will be announced in the new year starting from crowdfunding a book through to reading it.

How many users are actively using this product?

Not released for public use yet.

What is the structure of the ICO? (Bonuses, Dates, Market Cap)

As of this writing, only Singapore residents are prevented from participating in the ICO.

What are the pros and cons for the token holders?

PBL are the internal money for transactions within the publishing ecosystem. Their number is
fixed so their value is likely to go up over time, or at the very least remain stable like money did when we had gold-backed money. PBL can buy books, services, and derivative rights, and those are real assets. A bit like bearer bonds back when those were a common and reliable
store of value–except unlike bearer bonds, PBL is protected in digital wallets. This is not meant to imply a security, it’s simply monetary macroeconomics. We have a second white paper at publica.io that illustrates the macroeconomics we expect to see play out.

PBL can buy books and services. Readers looking for a good book or to crowd fund an author
will buy PBL in small amounts at the time. The publishing ecosystem’s members, including
publishers, would benefit from buying their PBL now at their highest availability.
Do you believe in the blockchain revolution? Do you believe that publishing ecommerce is here to stay? And growing? Do you believe in platform network effects? Publica is all that on the ground floor.

Publica’s ICO is launching before the cryptocurrency exchanges are familiar with PBL, or even the publishing economy. We expect no problems in that regard but they’re unlikely to be able to answer questions about it. That’s why we wrote the second white paper on the
macroeconomics, it’ll be read by them too. We’re reaching out to them to help them understand what Publica is doing and why. 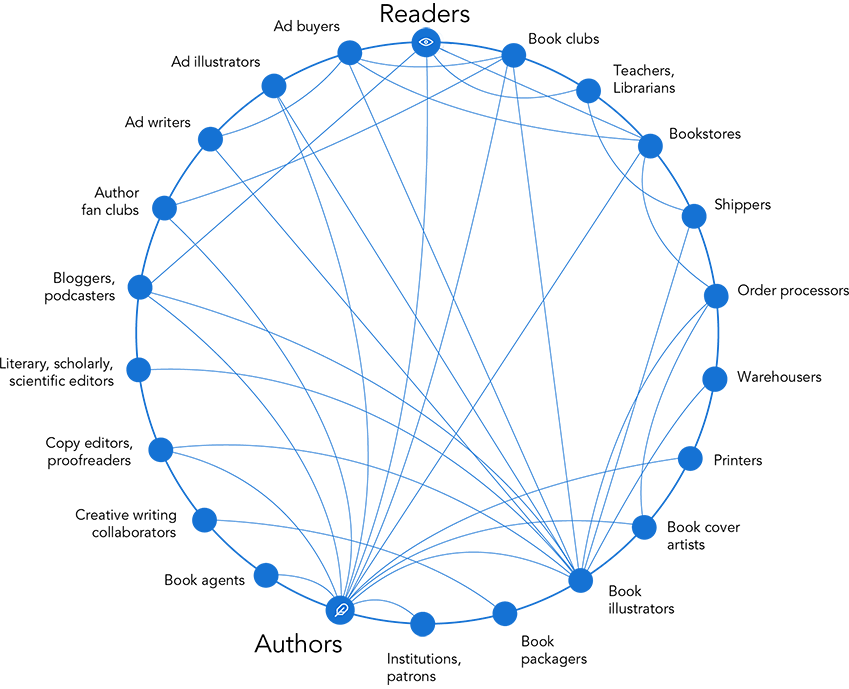 Was there a pre-ico?

Why is Publica using a blockchain for this project?

We thank Josef Marc for the interview.

IP2PGLOBAL – FILLING UP THE VOID IN CRYPTO FINANCING MARKETS

LocalCoinSwap Review: The Most Most Inclusive Cryptocurrency Marketplace.